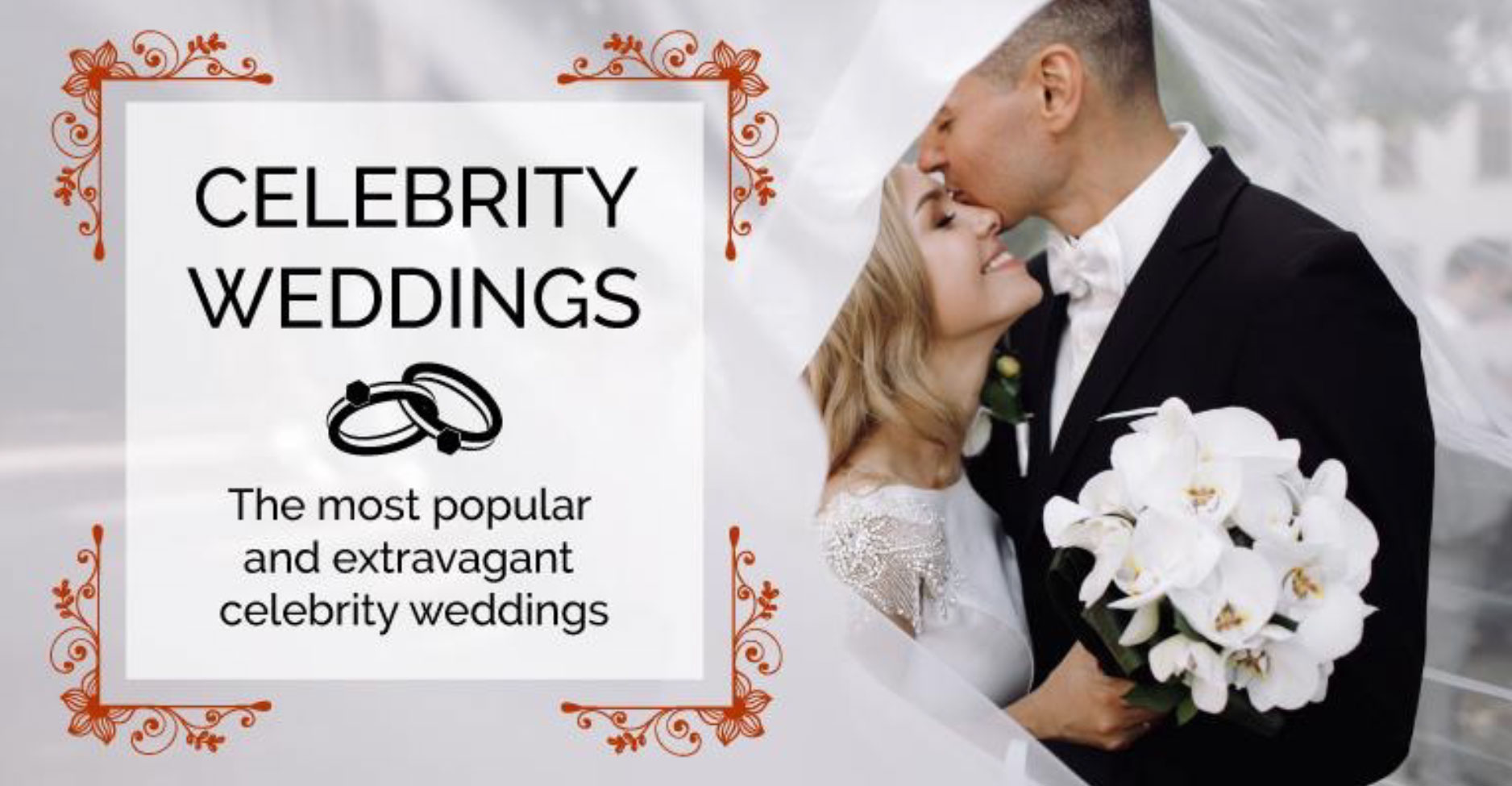 We reveal the world's most popular celebrity weddings of all time, the estimated costs of the engagement rings and dresses to name the priciest big days and the ones we couldn’t help but love!

The most popular and extravagant celebrity weddings

Wedding days are some of the most important in many of our lives and getting the right engagement ring is often the first hurdle many prospective couples overcome, with many of us turning to our favourite celebrities for some wedding inspiration.

Recording search data from Google alongside news reports, we’ve revealed the world's most popular celebrity weddings of all time, the estimated costs of the engagement rings and dresses to name the priciest big days and the ones we couldn’t help but love!

The most popular celebrity weddings

We recorded the total number of global Google searches since 2018 for each of our celebrity weddings to see which celebrities big day has been the most popular, and loved, over the years.

The most popular celebrity wedding, with a total of 301,600 Google searches since 2018, was Meghan Markle and Prince Harry. The pair is a celebrity power couple with the marriage attracting interest not just from the States and the UK, but all across the globe.

The second most popular celebrity wedding on our list is Priyanka Chopra and Nick Jonas, who wed in 2018. According to Chopra, neither their cultural differences nor their ten year age difference ever came between their love.

Ariana Grande and Dalton Gomez married in May 2021 and have seen over 200,000 Google searches for their wedding. Ariana’s personal life has long been the focus of widespread media attention, especially in the US.

With just over 1.5 million global searches since 2018, Jennifer Lawrence and Cooke Maroney had the fourth most popular wedding on our list. Lawrence and Maroney were dating for less than a year before they got engaged and were married in 2019.

Rounding off our top five for most popular celebrity weddings on Google is Paris Hilton’s and Carter Reum’s wedding in November 2021. The couple's relationship has featured in the reality show Paris In Love.

The most popular celebrity engagement rings

We also investigated the total number of global Google searches since 2018 for each of our celebrity’s rings to see which celebrity ring has been the most searched for and most popular ring by fans.

Meghan Markle and Prince Harry have again topped our wedding lists having received the greatest number of searches for Meghan’s engagement ring, a total of 859,000 global searches since their wedding in May 2018. Meghan’s ring cost an estimated $167,354.

Runner up for the most popular engagement ring is Emily Ratajkowski’s and Sebastian Bear-McClard’s. With an estimated cost of $90,000, this diamond and platinum ring’s design had input from both Ratajkowski and Bear-McClard.

The second royal wedding on our list ranks third for the most popular engagement ring. Kate Middleton and Prince William were married in 2011 and their engagement ring, originally Princess Diana’s, is valued at around $400,000.

Ariana Grande and Dalton Gomez’s engagement ring is worth an estimated $93,000 and has received over half a million Google searches across the globe. Their wedding, however, was small and intimate with less than 20 people in attendance.

Completing our top five most popular celebrity wedding rings are Kim Kardashian and Kanye West, whose wedding ring has received 335,600 global Google searches since 2018. Kim’s engagement ring is also one of the most expensive on our list at an estimated $4 million.

The most expensive celebrity engagement rings

James Packer, an Australian billionaire investor allegedly worth $5.3 billion, proposed to Mariah Carey with a ring estimated to be worth a jaw-dropping $10 million. It seems this was a poor investment on his part, as the romance only lasted some 18 months.

Beyoncé received a flashy, emerald-cut ring from Jaz-Z estimated to be worth around $5 million. This isn’t a surprise, considering the diamond ring weighs in at 24 carats. The couple celebrated their 14th anniversary last April.

The most expensive engagement ring on our list is that of Jennifer Lopez and Alex Rodriguez which comes in at $4.5 million. This wasn’t enough to maintain the romance, however, and the couple has since broken off their 2-year engagement.

With a $4 million engagement ring, Kim Kardashian and Kanye West hit the fourth top spot for the most expensive celebrity wedding ring. In line with many on this list, Kim and Kanye have since divorced and Kim is now in a relationship with Pete Davidson.

Completing our top five list of most expensive celebrity engagement rings are tennis champion Serena Williams and Reddit co-founder Alexis Ohanian, with an estimated ring cost of $3 million. The couple married in 2015 and remain together.

The most expensive celebrity dresses

Also known for splashing their cash on their weddings, Kim and Kanye spent half a million on Kim’s wedding dress when they married in 2014. This was three years after they began dating, and one year after the birth of their daughter.

Amal Alamuddin’s wedding dress is estimated to have cost $380,000 when she tied the knot with George Clooney in 2014. The dress was designed by the late Oscar de la Renta, who died a year after designing what would turn out to be his final ever dress.

Kate Middleton’s parents spent an estimated $309,801 on their daughter’s wedding dress when she married Prince William in 2011. Kate’s dress is still one of the most talked-about today, and her train was nearly nine-feet-long.

Mariah Carey reportedly burned her $250,000 wedding dress after her split from Packer in 2016, having never worn it. She set fire to the Valentino gown in her music video appropriately titled “I don’t”.

Google search data was taken from Google Keywords Planner as the total number of global searches for each subject that was available. Price estimates were taken from a variety of online sources and are only estimates. For a full list of sources, see here.